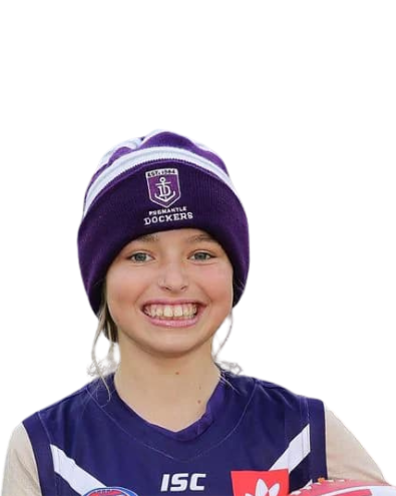 “Milli our beautiful 9-year-old daughter was diagnosed in January 2016 with a very aggressive brain tumour, a Grade IV Glioblastoma. Milli had to undergo two surgeries, and intensive radiotherapy and chemotherapy.

Milli bounced back and our little champion returned to ‘life as normal’ attending school surrounded by her friends and taking part in Cross Country, where she came second in her race!

In May 2019, we were devastated to learn that Milli’s aggressive tumour was back. We were told by her oncology team that she would need to go into Palliative Care and they said they were unable to operate, that the chemotherapy Milli had received in addition to radiotherapy was not working, and that there was nothing more they could do.

In desperation, we sent her scans to Dr Charlie Teo and received the wonderful news that he would operate. After the operation, Charlie told us that he was able to remove 98 percent of Milli’s tumour. We were relieved that the surgery was a success, and it wasn’t long before Milli bounced back to her usual, happy self.

Life got back to relative normality and things were looking good. This lasted for around 11 months.

Following a scan, in April 2020 we were dealt another blow. Milli’s cancer had returned for the 3rd time. My husband, Grant, flew with Milli to Sydney during the COVID-19 restrictions to see Charlie. This time Charlie was very worried about the outcome. Milli underwent a gruelling 8 hours of surgery and within a few days flew home to continue with her recovery.

This operation took its toll on Milli. When she arrived home, we never thought we would see her being like her normal self again. She was unable to even lift her head and knocked on heaven’s door a few times in Sydney.

But she slowly began to get her independence back and started to do everything on her own. Her speech was different and harder. We were blown away by her determination and will. Milli continued to improve and got back to walking, talking and eating – her normal self again. She is an incredible fighter and her spirit is second to none. She went back to school and dancing and enjoyed life to the fullest.

In December 2020 we celebrated Milli’s 14th birthday, a day Grant and I both wanted to see so badly. I remember when Milli was first diagnosed and I said to him, “if we can get our girl to 14 then that would be an amazing feat.”

So with the help of Charlie Teo and our decisions in regards to Milli’s treatment we saw this day. We should have been so ecstatic and happy that we got her here, but in the back of our minds we knew the sadness was coming. It was so hard to be happy, but we made sure she had an awesome day. She swam and watched movies with the people who have been extremely supportive over the last few years. These special people have never left our sides and have been there with us through all of this and seen the heartache, sadness, and of course happiness and memories.

A month later on 4 January 2021, our beautiful girl sadly passed away. Our hearts are broken our angel is now flying high and the world will never be the same.

We should be proud for her to have been here for 5 years when the other medical team gave us 12 months from diagnosis.

Milli was the full package – smart, funny, athletic, beautiful and could sing like an Angel. That’s why they took her early. She had all lessons completed.

Milli’s legacy will live forever, we will make sure of that. We set up the Millstar Foundation which when enough funds are raised will be used to open WA’s first alternative treatment clinic to help other families and keep Milli in everyone’s hearts forever.”