“What Einstein was talking about was crazy at the time, it just turns out he was correct” 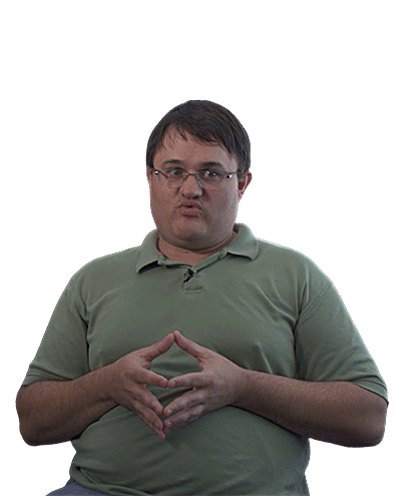 “I ran one of the busier brain tumour programs in America – as a practising neurosurgeon and also doing brain tumour research.

Ultimately what I realised in taking care of brain tumour patients is that we have a very big gap in information. I’m sitting across talking to someone as their neurosurgeon and I’m trying to make the best decision possible knowing about 5-6 things about them. But there’s hundreds of thousands of things – all of their genes, all of their tumour’s genes, how their brain is wired – that we don’t know.

Everyone’s brain cancer is unique to them. We need to stop a one size fits all approach. It’s insane. We really need to harness the fact that if you look at what Facebook or Google can do with data, it’s amazing. They’re turning it loose to push ads at us. What we’re doing is taking that technology and big data and turning it loose on something that really matters – finding the answers we need to treat brain cancer.

Brain cancer is my passion, it’s my life. I look at it and say well of course I’m extremely biased, but I would put money on me getting something done. It’s all I’ve done my adult life.

The dream is that brain cancer is no big deal in the future. Right now, we don’t come anywhere close to that. We watch the cancer eat away at people’s souls. Those of us who have watched this disease devastate people understand that something must be done.

We want answers as soon as possible, and we want all of the best minds around the world working to find solutions. But how do you identify those people, and make sure they get funded?

The problem we see is that grant funding bodies have a certain amount of money to spend on research and the Government, taxpayers etc want to see results. They want to see that stuff is getting done. But there are many projects and novel ideas that aren’t ultimately going to succeed. So, if you look at it from the perspective of the funding body, who are often comprised of the most established scientists, they tend to reward things that are probably going to work out. They reward people with a track record of making it work out. They don’t want to see failure.

Now that’s not wrong, but it creates a big disparate problem. If you look at the bell curve of innovation, they’re funding the wrong people. If you don’t occasionally take a risk and fund people with a totally out there idea, you’re not going to fund the Einstein’s of the world. What Einstein was talking about was crazy at the time, it just turns out he was correct.

It would be a real tragedy that someone who might have the cure for brain cancer might not get funded because them and their ideas are seen as too out there.

We can’t let that happen.”