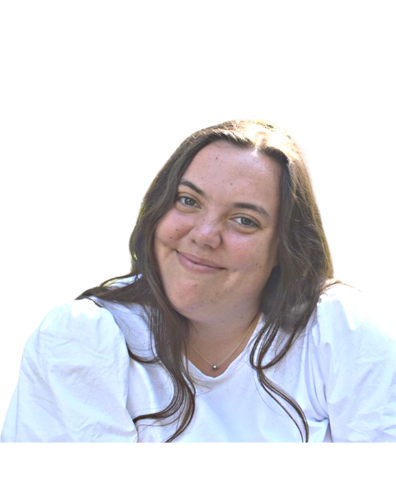 “My journey began when I was 10 years old and my mum took me to get my eyes tested. The tests showed that one of my pupils was slightly bigger than the other and the optometrist suggested I get it checked out. After going to the doctor, paediatrician and ophthalmologist they decided it was nothing serious and we should not worry about it. So we carried on with our lives. I continued dancing, swimming competitively and playing netball every day of the week.

Months went by and I started to get headaches so bad I would have to stay home from school, these headaches became more regular as time went by. We went to many doctors who agreed it was migraines and I went back to the previous paediatrician and he was positive there was absolutely nothing wrong, I was just a “migraine kid”.

The headaches began to get more and more severe to the point where I started seeing double and hearing things like gunshots when I was going to sleep. When I would get the headaches, my pupil would dilate, and this was how mum knew I had a really bad headache. I began vomiting all the time, I couldn’t keep anything down and I was even vomiting in my sleep. I went back and forwards to the doctors for many weeks with the same outcome of “there’s nothing wrong with you” until finally, we saw a different doctor who urged me to get an MRI scan. I got another referral to the same paediatrician who claimed I did not need an MRI scan as there was nothing wrong with me, mum had enough of it at this point and told him we would not leave without an MRI referral. He gave me some migraine medication and said to wait two weeks and see how I go before booking it, we booked it that afternoon.

On the 6th of May 2011 I went in for my MRI scan, I was 11 years old and still doing ballet, swimming and netball. My life was about to change forever and I had no idea! After I completed my MRI we went to the paediatrician to read my results. He called mum, my nan and myself in and then said… “I’m very sorry to say but Maggie you have a brain tumour”. As soon as those words came out of his mouth, we were all in shock, I remember my mum started crying and I just sat there trying to figure out what that meant for me, was I going to hospital? Was I going to die?

That afternoon we drove home and started packing to go to the hospital the next morning as it was a two-hour drive from our home on the Sunshine Coast to Brisbane. That night mum received a call from the hospital asking us to come down straight away, we grabbed anything we thought we might need and left straight away. After a few days, I went into surgery to have a biopsy on the tumour and relieve the pressure in my head with a drain which I had in my head for around a week or two. The results came back and I was told I had a grade 3 ependymoma and ganglioglioma, they told us that there was so much pressure in my head they were surprised I was still here and put it down to how active I was. The next few weeks I had two more surgeries to attempt to resect the tumours, unfortunately, they were not able to get it all out without risking my quality of life. I had a portacath inserted before beginning two intense rounds of chemotherapy to attempt to shrink the tumour. I believe this was the hardest part of my journey, I hated losing my hair so much, it was my favourite thing about myself. I had many blood and platelet transfusions to keep me alive during the chemotherapy too.

After completing chemotherapy, my oncologist saw that the tumours did shrink as he had hoped and the surgeons believed that they could now go back into my head for the fourth time and get all the tumour out. Unfortunately, this surgery did not go well at all, the surgeons had to stop my surgery halfway through as my brain was bleeding too much and had to receive many bags of blood during the surgery. I woke up very sore and sick from that surgery and was the worst surgery I had in my journey, they were unable to retrieve any of the tumour during this surgery. A few weeks later they went back in for the fifth and final time to get my tumour out, this time through a different part of the brain. It was a big success!! My amazing neurosurgeon was able to get all of my remaining tumour out! I had 35 radiation treatments at the end to make sure there was less chance of the tumour returning. The 15th of November 2011 was the day I completed all my treatment, it was the best day ever!

I still have frequent check-ups, tests and yearly MRI scans. I now have an acquired brain injury and suffer from short-term memory loss, fatigue, melatonin deficiency, thyroid problems, and hypothalamic damage which causes my body to overheat regularly. I also had my first seizure in October 2019 which they believe was from the scaring in my brain caused by the multiple operations. These challenges affect my life every day. Going back to school and throughout high school was difficult as many people didn’t understand, I didn’t receive any support from school because my disability was invisible, and I felt so alone. Post-treatment was one of the toughest parts of my journey.

I am now 22 years old and 10 years cancer free! I have a bachelor of counselling and have recently started my own counselling business despite teachers telling me I would not be able to get in or complete university because of my disability. My passion is to offer a counselling service for people going through cancer or survivors of cancer. Having a counsellor to talk to who has had first-hand experience with cancer would have made such a big difference to me during the toughest parts of my journey”.