“I was standing in the supermarket being told my eldest son was likely to only have a year left to live.” 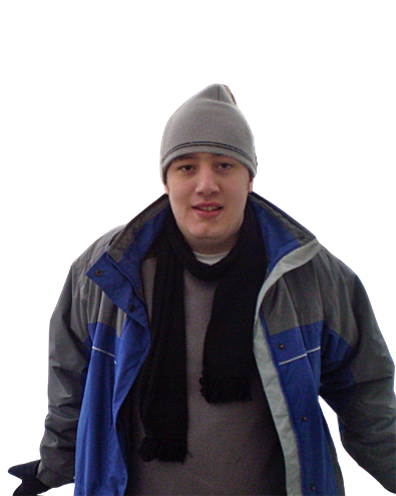 “On September 1st, 2008, 20 days after he turned 20 our eldest son Nathan had a seizure and his life and ours changed forever.

We received a phone call from a member of staff at the university Nathan attended to say Nathan had had some type of episode and the ambulance was taking him to hospital.  He was our healthy child, he rarely ever got a cold, but that all changed that day.

After many hours we were told that there was no neurosurgeon at the hospital we were in and we would have to go to another. As we were in the centre of Brisbane we were at a loss as to why this would be. After a long night with no answers, we were sent back to the original hospital to get a diagnosis. We were told that Nathan had a mass in his brain and would have to be operated on to remove it and to see what type of mass it was.

The following week Nathan had his first of four brain surgeries. The doctor could not remove it all. We were told it was an Oligodendroglioma. We were also told not to worry as you can live with this type of mass for many years, decades even and that they’d just keep an eye on it.

So we kept an eye on it with scans and follow up visits. It grew a bit so the surgeon went in again. Again, he could not remove it all. By this point the surgeon kept telling us that all was fine. But Nathan’s seizures were becoming more common despite the medications.

We had to do something so I asked Nathan if he would like to go and see a different surgeon, a fellow named Charlie Teo. That turned out to be the best decision we made.

The first time we met with Charlie he spoke directly to Nathan, which was a first. He told us that there are two types of tumours, one is benign, and one is malignant. He said that benign might kill you or it might not and a malignant would almost certainly end Nathan’s life.

Charlie was able to remove all visible signs of the tumour which was great but it was found to be a Glioblastoma, a GBM, malignant and most likely fatal. That was late January 2010. Nathan asked me to take the call with the results which happened to come while I was grocery shopping while Nathan’s brother Nick stayed with him. I was standing in the supermarket being told my eldest son was likely to only have a year left to live. I’m not sure how I got home. And I will never forget having to tell Nathan. It’s not something a mother should ever have to tell her child. Nathan decided that day that he was going to be the one that survived.

Nathan then endured rounds of chemotherapy and radiation. When he lost his hair his brother Nick shaved his head to support him. The radiation was absolutely horrible. Nathan was so burnt they had to stop treatment before the completion. It was awful but Nathan kept positive.

Through all of this, Nathan had managed to complete university and graduate with second class honours with a brain tumour in his head.

The time that Charlie had given Nathan by removing the tumour he spent travelling, working, making the most of life. Scans showed no regrowth and as time went on we started to hope that maybe Nathan was going to be the one who beat this horrible disease.

Then on September 1st, three years after Nathan’s first seizure, Nathan was not well so we made an appointment to see his neurologist. When I described what was going on with Nathan he immediately organised an MRI. Nathan had only had his scheduled MRI 7 weeks before which was clear. This MRI showed a tumour the size of an orange.  It was back and growing fast.

We had what was to be our last Christmas together quietly at home just the family. On New Year’s Day 2012 we were invited to go out on a friend’s boat. Nathan was so keen to go. We only went out on the bay, the weather was perfect, great food, great company. Then not long before we got back to shore Nathan had a seizure, different from the others.

He was to have his scheduled MRI the next day. This scan was inconclusive. Nathan went downhill very fast from here. It was decided to discontinue treatment in late January. We nursed him at home as per his request.

On February 29th 2012 Nathan lost his battle with this horrible disease exactly 3 and a half years after his first seizure. He was just 23 years old.

Charlie Teo gave Nathan time and us time with him. But brain cancer still stole his life.

Nathan was extremely intelligent; he could read at 3 years old and gained an academic scholarship at high school and university. He had amazing recall of anything he read. He had a very warped sense of humour. He was a computer nerd who wanted to work for Apple and change the world with his ideas.

He loved to travel and had already saved a deposit for his own home. He loved his family and was hoping to find a girl to share his life with. He gave the best hugs. He fought hard and never once complained but brain cancer won. Nathan did not get to contribute to the world. He did not get to follow his dreams.

We need to find a cure. We need to stop losing our sons, our daughters, our husbands, our wives, our parents and our friends to this horrible disease.”

“I wanted to bring something to brain cancer that is truly out of this world!”
Read Story

“I am 23 years brain cancer free and so grateful to be alive”
Read Story
Proudly supported by:
Pioneering Partner
Generously matching every dollar donated up to the first $100,000