“I wanted to bring something to brain cancer that is truly out of this world!” 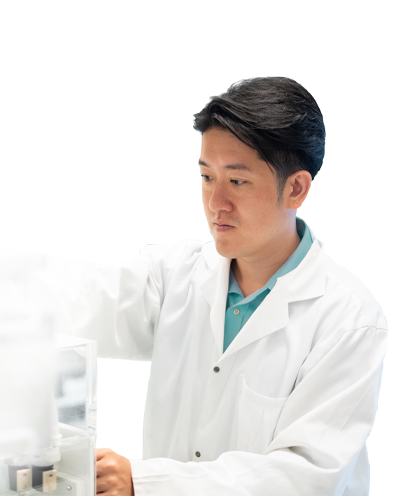 “My ambition is unlimited. I want to change the world. As a scientist I have learnt to forget the word impossible and to embrace curiosity. As Sir Isaac Newtown once said, ‘No great discovery was ever made without a bold guess’. This is supposed to be true for all great discoveries in history.

Everyone has been touched by cancer. There was a point in time in my life where people around me were suffering from cancer, the people I love and care about. As a researcher, a human being and a person of action, I felt the urge and the need to do something about it. I wondered, what can I do to help or contribute?

Cancer starts off small, and then it multiplies, gets bigger and bigger, and eventually invades surrounding tissue. That is a very basic explanation of how cancer works.

You must also appreciate how well cancer can conduct modern warfare. It is no different to instances of warfare in history. You build a small base, you get more troops in there until you are so confident that your base is well fortified, that you send troops out to invade the rest of the country.

I am a space biologist, biomedical engineer and now cancer researcher at the University of Technology, Sydney. I am fascinated with the mysteries of space. This has led me down a path of exploring how we can use space technology to survive and cure diseases like brain cancer. My work is not about sending patients into space, my focus is on bringing space discoveries to Earth!

During my post-doctoral years at Harvard Medical School, one day I was wildly jotting down ideas and calculations on the lid of my lunchbox about how biological cells respond to mechanical forces. Even lunch boxes aren’t safe from researchers! Suddenly I heard this robotic voice behind me, correcting some of my mathematical calculations. I spun around and it turned out to be none other than Stephen Hawking himself, speaking to me through his wheelchair on his way to a lecture in the physics building. He spent a couple of minutes correcting my mathematics and he left me with words etched in my mind: “Just remember, nothing defies gravity”.

I thought of course! But it took another two years when I was back in Australia for it to click for me…

When we drop something here on Earth it falls to the ground, because of gravity. When an astronaut drops the same object in space, it ‘floats’. We call that zero gravity. You cannot obtain zero gravity on Earth, but I started to think, what if we built a machine that simulates as close to zero gravity as possible – a phenomenon known as a ‘microgravity’.

Then I thought about what happens if I put cancers in a microgravity environment. Would this mean the cancer cells could no longer sense each other? If they cannot sense, how do they still form a tumour? Can they even still form a tumour and if they already have, what will happen to it? Will the tumour disintegrate and break down? These are fundamental questions that no one had ever answered.

So, we embarked on our mission and built Australia’s first-ever microgravity device for looking at cancer cells. We tested cells in four different types of cancer – breast, ovarian, nose and lung. What we found was that up to 90% of the cancer cells died at close to zero gravity.

Brain cancer has different complexities, and to date has no treatment options. So, I wanted to bring something to brain cancer that is truly out of this world!

I have successfully built the world’s very first, fully functional brain tumour on a microchip. This ‘chip’ consists of multiple layers including a blood-brain barrier, blood vessels and a 3D printed brain tumour. This has never been done before.

A major problem in trying to treat brain cancer is the blood-brain barrier, or the BBB! The BBB is there to protect our brain, but it also makes it difficult to get drugs through the BBB to treat the cancer. In our simulated microgravity device, we have discovered that it can ‘open’ the BBB to allow more drugs to get through. The experiment we are working on right now is how to properly control and time this so we can effectively treat the cancer. It is truly exciting and remarkable progress!

So, what’s next? We’re embarking on a research mission to space. We plan to launch brain cancer cells on a space rocket to the International Space Station to study brain cancer at zero gravity. Upon returning, we will analyse the brain cancer cells to see what changed, with the ultimate goal being to mimic these changes with new drug treatments for patients with brain cancer.

I cannot do this work by myself. It is the collective work of a lot of talented people and partners. My students have demonstrated trust, blind faith and welcomed me leading them into the unknown. We already have something to show for it. Hopefully this is just the beginning.

As scientists we need to think about approaches that will yield something truly extraordinary. We owe it to patients and people touched by brain cancer to leave no stone unturned.”

“I was standing in the supermarket being told my eldest son was likely to only have a year left to live.”
Read Story

“I am 23 years brain cancer free and so grateful to be alive”
Read Story
Proudly supported by:
Pioneering Partner
Generously matching every dollar donated up to the first $100,000